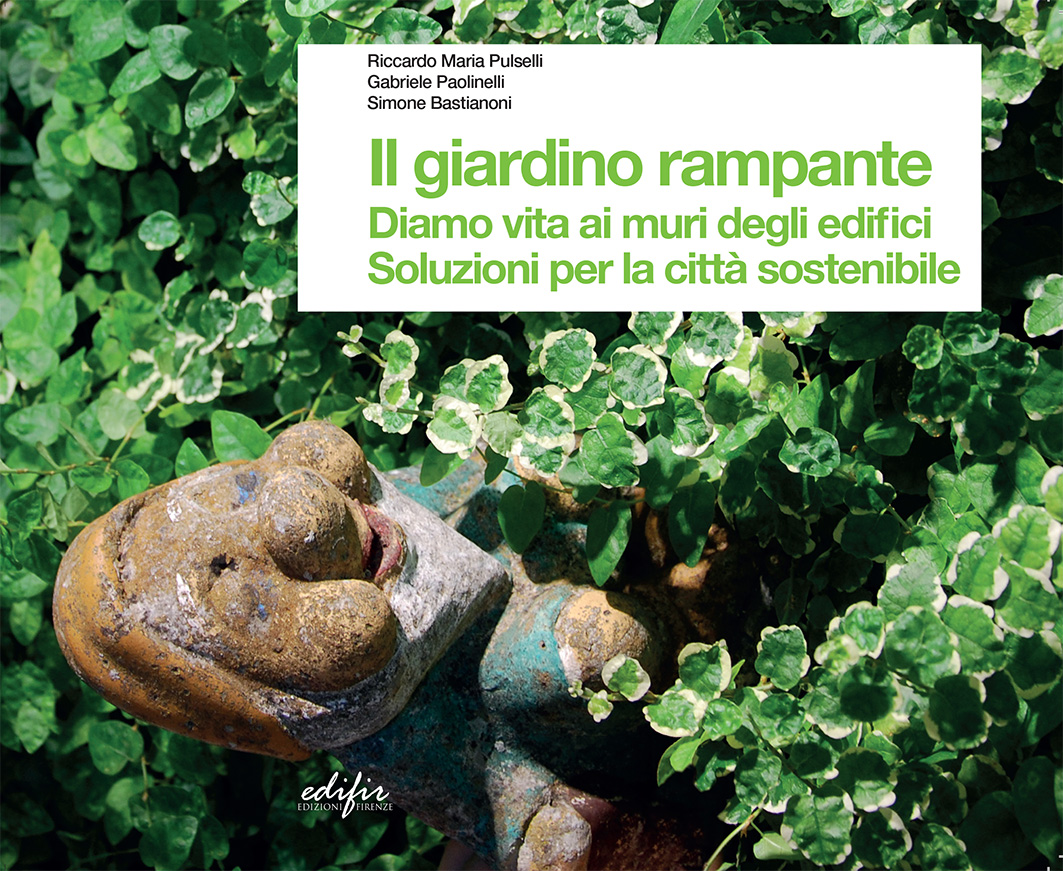 Select the cover above for the full PDF version. 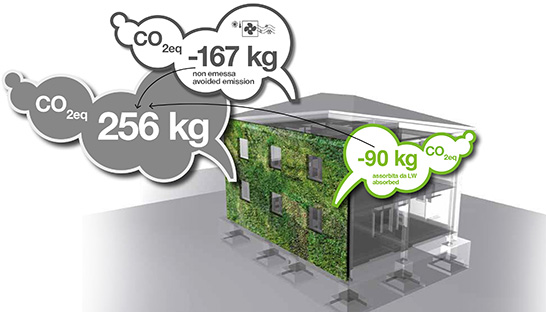 The rampant garden is a product of the GREENED research, a project by the Ecodynamics Group of the Universi- ty of Siena, Department of Physical, Earth and Environmental Sciences, along with the Department of Architecture of the University of Florence. It is funded by PAR FAS Region of Tuscany 2007-2013, line of action 1.1.a.3. 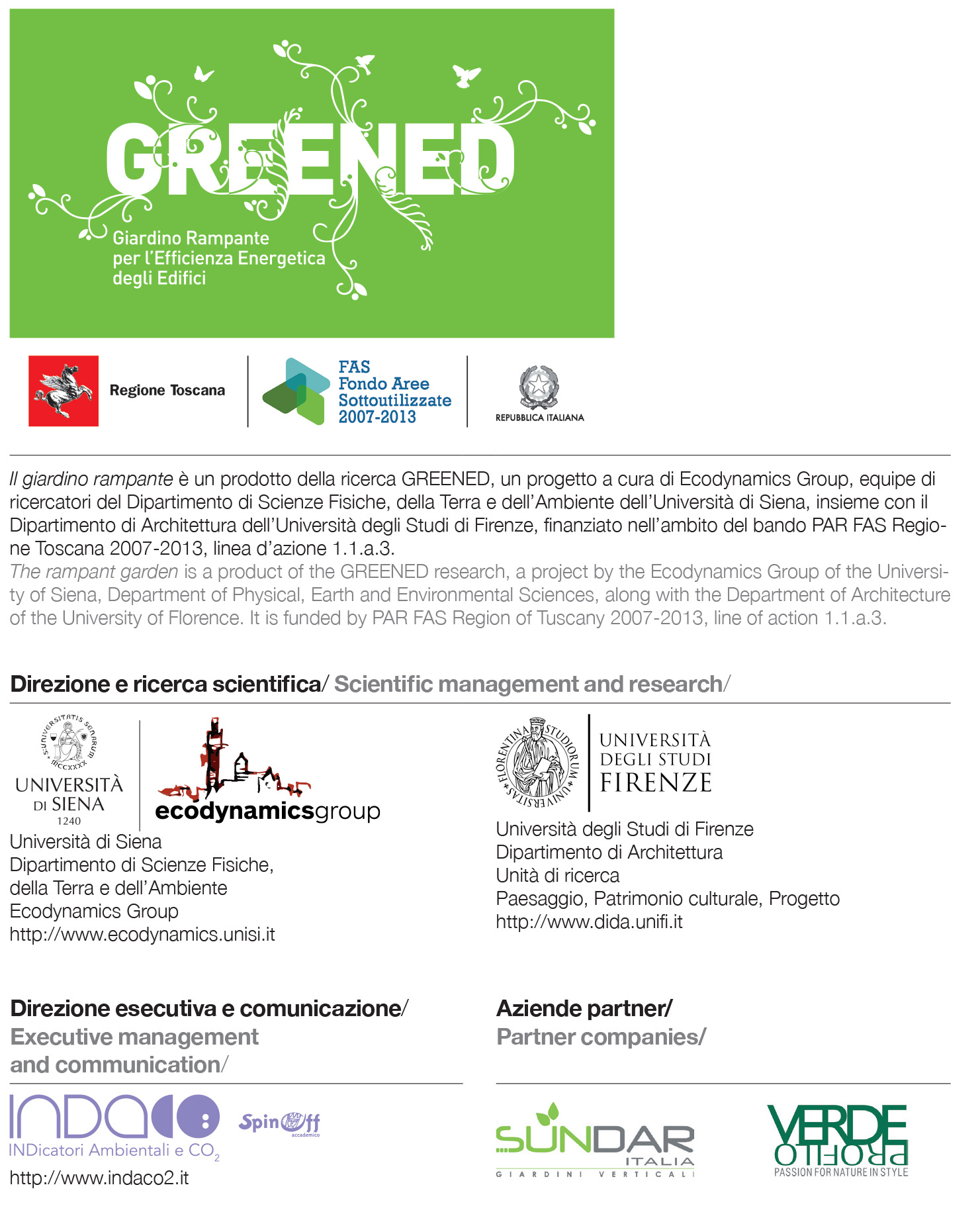 Step 1) Both the prototypes were monitored by researchers of the IUAV University of Venice, along with Ecodynamics Group. This energy analysis showed that Living Walls, installed on south, south-est or south-west oriented façades, provide a cooling energy saving due to the protection from direct solar irradiation, to passive ventilation and to the transpiration of plants.

Step 2) Life Cycle Assessment of Living Wall, from the production and assembling of its components (including plants and structures) to its sustenance in time, until the hypothetical end of life of both organic and structural parts. Results shows main environmental impacts in different processes, such as CO2 emissions (carbon footprint). In given condition (e.g. plants produced locally instead of imported, integration of a rainwater harvesting system), the carbon emission is 2,6kg/m2 of equivalent CO2 per year (i.e. 256 kg CO2-eq per year of a 98m2 facade).

Step 3) Assessment of potential environmental benefits in terms of cooling energy saving (south, south-est and south-west façade) In the prime case of a 1000m3 building, with a 98m2 façade, avoided CO2 emissions are 1,7kg/m2 CO2–eq per year (i.e. 167 kg CO2-eq per year of 98m2 facade). This value is a cautious estimate (-16% cooling energy) that, in the case of big buildings and combined with shadow slats on windows, can achieve better performances (more than 50%).

Step 4) Estimate of carbon sequestration by plants, permanently stocked in the soil. This was estimated of around 0,92kg/m2 CO2 per year (i.e. 90kg CO2 per year of 98m2 facade).

Step 1+2+3+4) In conclusion, impact due to the life cycle of Living Wall, in terms of Carbon Footprint, are balanced within 25 years. In other words, results show a situation of carbon neutrality in which emissions provided by the manufacturing and sustenance in time are compensated by the cooling energy saving and the CO2 absorption in 25 years.

We use cookies on our website to give you the most relevant experience by remembering your preferences and repeat visits. By clicking “Accept”, you consent to the use of ALL the cookies.
Cookie settingsACCEPT
Manage consent

This website uses cookies to improve your experience while you navigate through the website. Out of these, the cookies that are categorized as necessary are stored on your browser as they are essential for the working of basic functionalities of the website. We also use third-party cookies that help us analyze and understand how you use this website. These cookies will be stored in your browser only with your consent. You also have the option to opt-out of these cookies. But opting out of some of these cookies may affect your browsing experience.
SAVE & ACCEPT